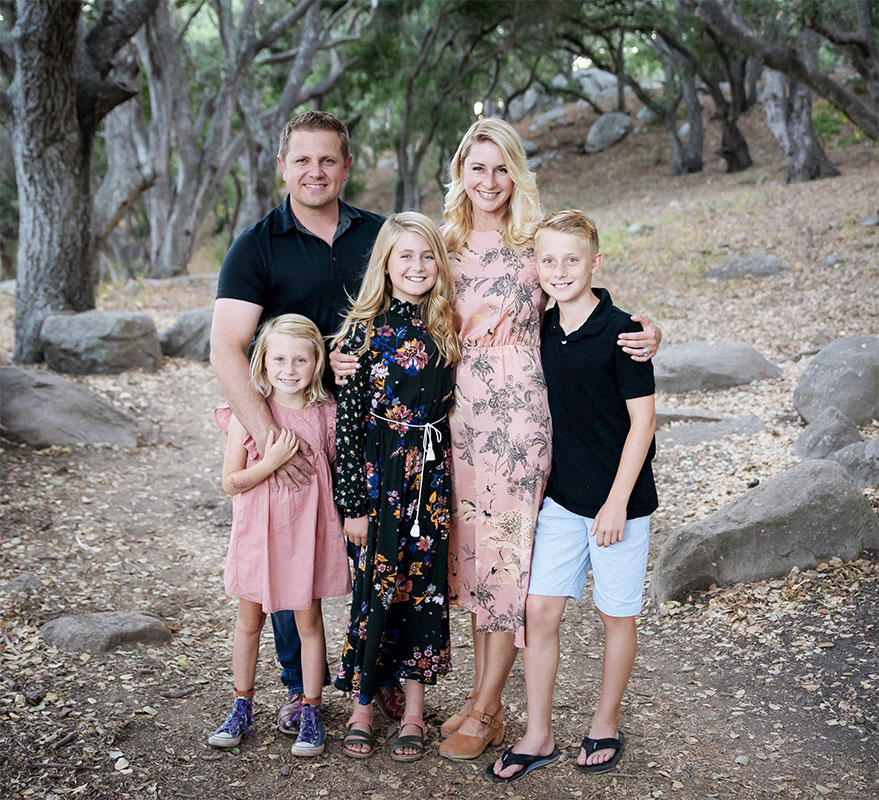 Chad and Jaymie Noland came to San Luis Obispo with their 3 children in 1988. Chad started Noland’s Horse Drawn Carriages, which has operated continuously on the Central Coast for nearly thirty-five years. Jaymie practiced veterinary medicine upon their arrival and – in 1996 – began teaching at Cal Poly. She has been a Department Head in the Cal Poly College of Agriculture since 2013.

Chad and Jaymie stepped away from their careers in the fall of 1990 and spent a year traveling around the world with their children. The family visited forty-six countries across four continents. The château and grounds were inspired by the beautiful buildings and gardens that the family experienced across Asia and Europe, particularly those in the Loire Valley of France.

Chad began designing Château Noland immediately upon his return to San Luis Obispo and – in 1993 – broke ground on a site overlooking the Avila Valley. Over the next 25 years, Chad personally hand built the main home and the adjacent carriage house with only the help of friends and family. Virtually every part of the main house was hand crafted by Chad and his sons including the floors, doors and even the roof trusses.

The family converted the property to a vacation rental in 2016 and converted the horse stables in the carriage house to additional guest suites in 2018.

Château Noland is now under the care of Chad and Jaymie’s oldest son, Dan, and Dan’s wife of 18 years, Lindsey. Dan and Lindsey met while attending Westmont College in Santa Barbara where both worked their way through college. Dan worked at the Four Seasons Biltmore and as a horse-drawn carriage driver for his Dad while Lindsey spent her summers at the Ritz Carlton Dana Point. Château Noland’s commitment to outstanding customer service is rooted in Dan and Lindsey’s experiences at these two outstanding hotels.

Following their graduation from Westmont, Lindsey moved to France where she lived with a family and furthered her education in Tours, deep in the heart of the Loire Valley. Dan surprised Lindsey on Valentine’s Day 2002 with a surprise visit. He was waiting by her door when she arrived home from class. The two travelled by train to Paris that afternoon and he proposed to her that evening beneath the Eiffel Tower. The occasion is now memorialized in the wall mural of the Paris Room at Château Noland.

Dan and Lindsey have 3 children David (13), Katherine (12), and Claire (9). The family is deeply involved in promoting awareness of – and supporting research for – pediatric cancer.

Our mission is to provide a serene environment to create lifelong memories, celebrate joyful moments, and commence beautiful journeys for bridal couples and their guests. Our philosophy is built on family values, giving back to the community, and providing ease in event planning, so you can enjoy your memorable event. 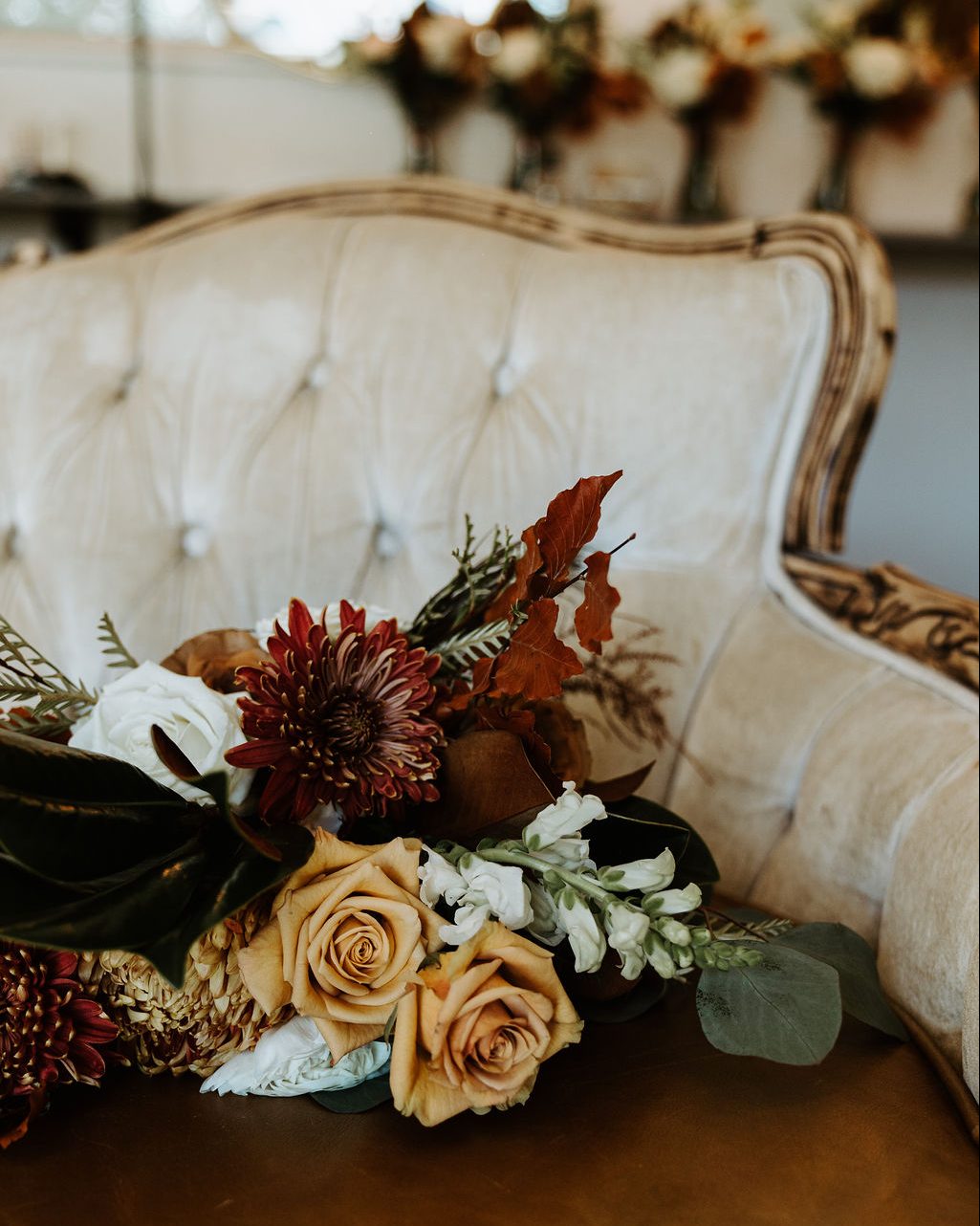 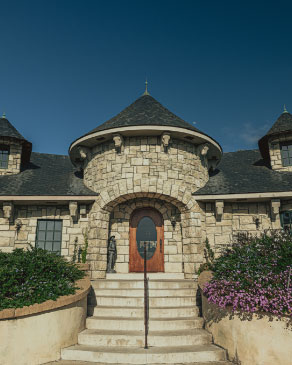 “Chateau Noland is a labor of love and something special for our family. Now, we’re excited to share it with others.” 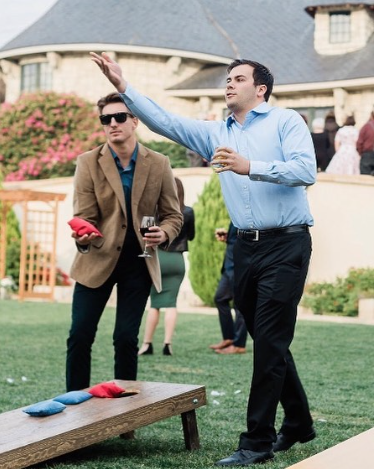 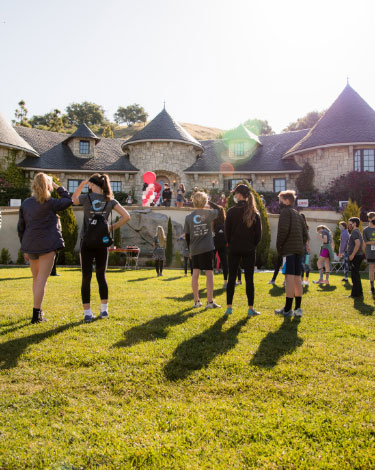 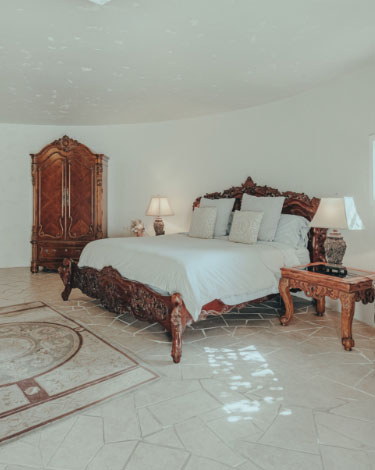